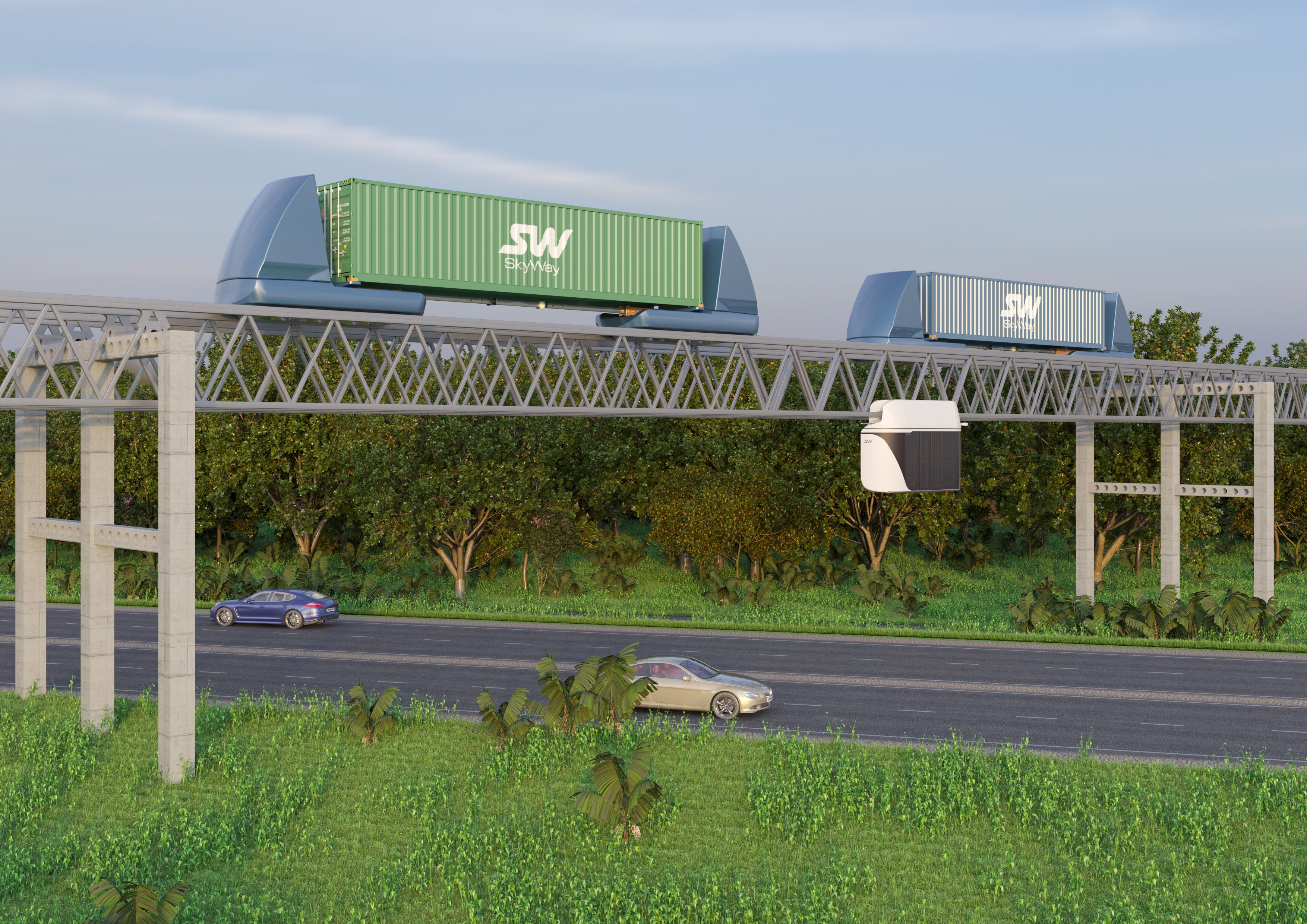 Cargo transportation is a goldmine of transport industry. One of the most important segments of this market is container transportation. Its current amount is about $8.8 billion, and its growth by 2025 is projected to increase almost twice ― up to $14.4 billion. Huge volumes of goods that are exchanged between countries in the global economy should be transported quickly and easily.

ISO-containers are the basic unit of measurement in modern cargo transportation, as a meter is the main unit of length measurement in the international system. This came round in the post-war years, when the principle of intermodality started to be used in freight transportation. It implies the possibility to shift a variety of vehicles without the need to do unloading/loading of the container contents. In practice, this means that it is possible to transport one universally applicable type of cargo by sea, land and sky without unnecessary operations, for which the entire infrastructure is adapted ― from port cranes and railway wagons to road vehicles and cargo aircraft.

The existing solutions for land container haulage are railway and road transport. Today these archaic mobility options do not meet neither environmental nor economic requirements of sustainable development. 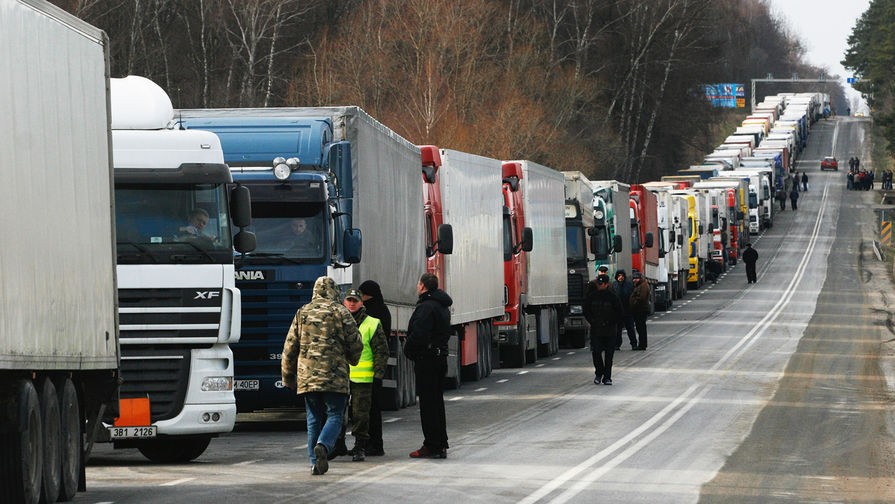 Through the lens of economics, the use of traditional transport for freight haulage is an unjustified conservatism. Today there are already technical solutions that can make transportation more efficient through robotization and reduction of operating cost. Electric motors, automatic control, new materials, renewable energy sources ― all these technologies have already begun to make their way in industries, power generation and even in the automotive sector. At the same time, commercial transport still operates as in the last century. There is another, extremely important aspect ― the traditional transport moves along the roads, on which there are already too many vehicles. Trucks share highways with cars and buses, and freight trains run on the same railroads with passenger trains. The world’s population, especially in developing countries, is constantly growing, as the turnover of goods does, too, and there may not remain space on the roads in the very near future without a qualitative change in the infrastructure.

This state of affairs has generated interest to new ideas in the field of freight transport. Two most interesting alternative versions among the available ones in the area of intermodal haulage can be emphasized. The first of them is the underground transport. Such companies as CargoCap and Mole Solutions Ltd propose to move cargo traffic down into tunnels and to load containers and pallets into electric capsules. Of course, this approach will ensure a safe and energy-efficient delivery of goods, but it is even difficult to imagine the amount of work required for the construction of such infrastructure. The height of a 40-foot container will require the construction of a tunnel commensurate with the size of a metro tunnel. In addition, the distance of intercity cargo transportation is often much more than that of passenger urban one ― a complex excavation work will have to be carried out for hundreds of kilometers. Huge problems with emergencies can be added to the cost of infrastructure construction ― any emergency becomes immediately very dangerous in an underground tunnel.

Another alternative trend is the use of traditional flyovers. Such companies as Futran South Africa and SkyTrain Corporation USA propose not to bury roads in the ground, but, on the contrary, to lift them up. The concept of such infrastructure is good in everything; however, there are also important nuances: overpasses without the use of pre-stressed structures should have much more supports, which complicates their construction and increases the cost. 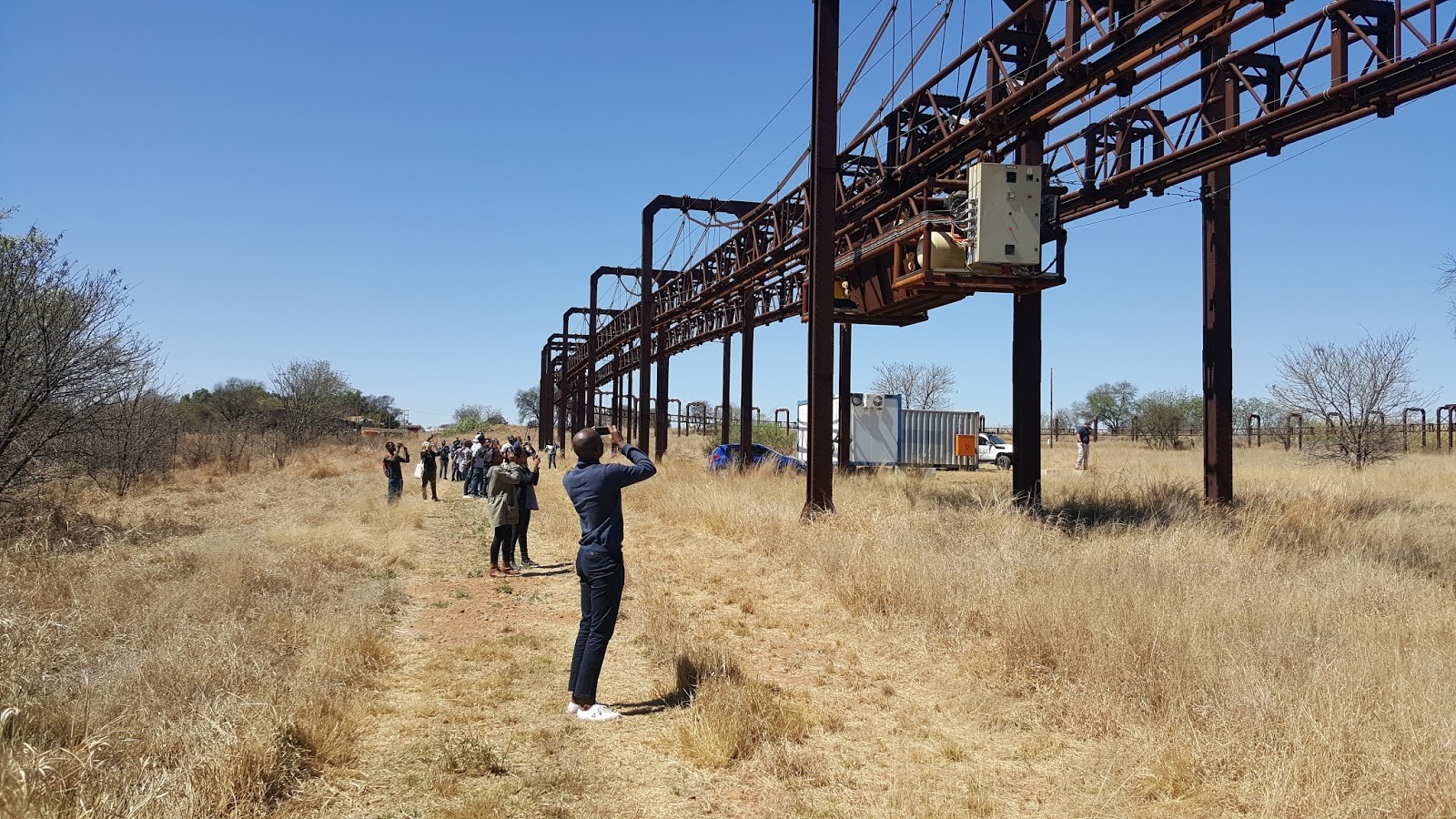 There are also other concepts that are offered for transportation ― these are Hyperloop vacuum transport, cargo drones, automated platforms and even a “swarm” of robots carrying containers teamwise. However, these developments have not yet been sufficiently worked out to be considered as a viable alternative.

Today container-based freight transportation needs to be adapted to the needs of the largest and actively growing economies, such as those in the Asia-Pacific Region and in the Middle East. Unicont fully meets these requirements ― it is designed for use in climatic conditions with both dry and humid tropical climate and outside storage.

One of the most significant advantages of SkyWay freight transport in general and unicont in particular is that the infrastructure, on which cargo moves, is much cheaper compared to the analogues. This is achieved through the use of overpasses designed using SkyWay technology. In addition, the string transport system makes it possible to arrange an efficient interaction with all the existing modes of transport ― this is extremely important in the context of the generally accepted principle of intermodality, which is described above.

The unicont runs along a double-rail string track. The transport module itself is a wheeled vehicle consisting of two traction modules interconnected with a stiff telescopic coupling unit of center-girder type, which also functions as a cargo support platform. A traction electric drive powered from a contact network provides the movement of the module with a maximum speed of up to 80 km/h. There is also an emergency power supply from the energy storage unit. Such reinsurance is very important in commercial transport, because idle time is a loss of profit in business.

An automatic intelligent system ensures the accuracy and safety of the unicont. It has the task to control all the units and systems of the vehicle in the autonomous mode and in control mode from the dispatching station determining the prerequisites for emergencies on the route and in the vehicle itself with the detection and performance of actions to prevent these situations. 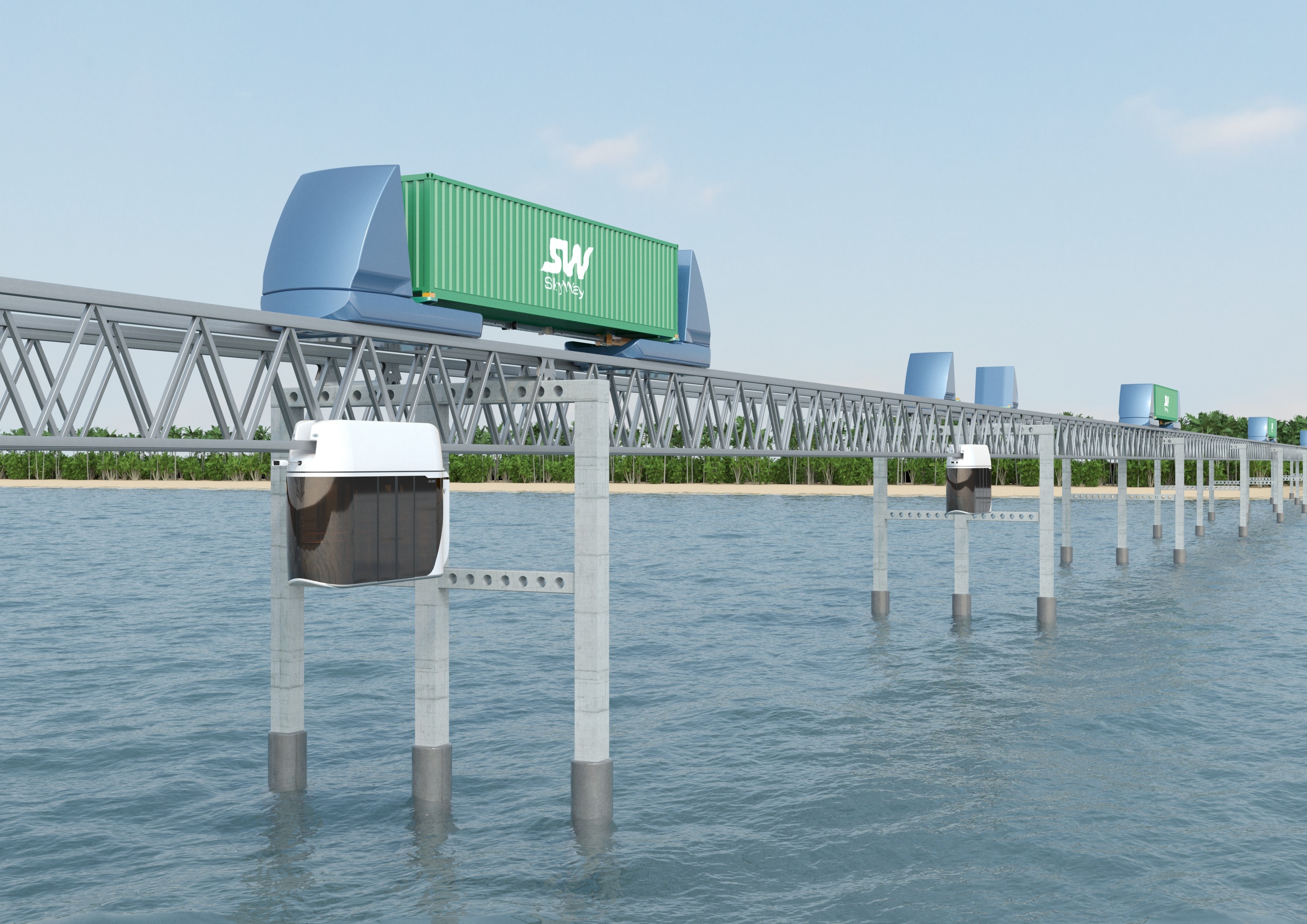 A computer will be able both to accept and process the tasks from the traffic supervisor and to take over the control. In the absence of a signal, an on-board intelligent control system will operate according to the terms of reference taking into account all the input data. The computer will also take over the work on monitoring the technical condition of the transport module; the traffic supervisor will receive information about the wear of equipment units timely with the help of various sensors.

Despite all the technologically complex “stuffing” of unicont, its operation should not cause difficulties. The design of the vehicle provides ease of maintenance, repair and storage, the layout makes it possible to perform repairs by unit replacement method.

There is already certain interest in unicont: SkyWay freight solutions attracted the attention of many representatives of local business and national administrations at the exhibitions in the Asia-Pacific Region, which we highlighted earlier. Work is already underway on the feasibility study of a SkyWay cargo infrastructure project for one of Indonesian ports.

Skyway Technologies presented at RailwayTech Indonesia Exhibition for the second time on March, 22 –...

SkyWay in The International Association of Public Transport

The company-developer of Skyway transport has become a member of one of the major international orga...
Copyright © 2017 skywayindonesia.com Inc.